A never-ending journey of kaizen 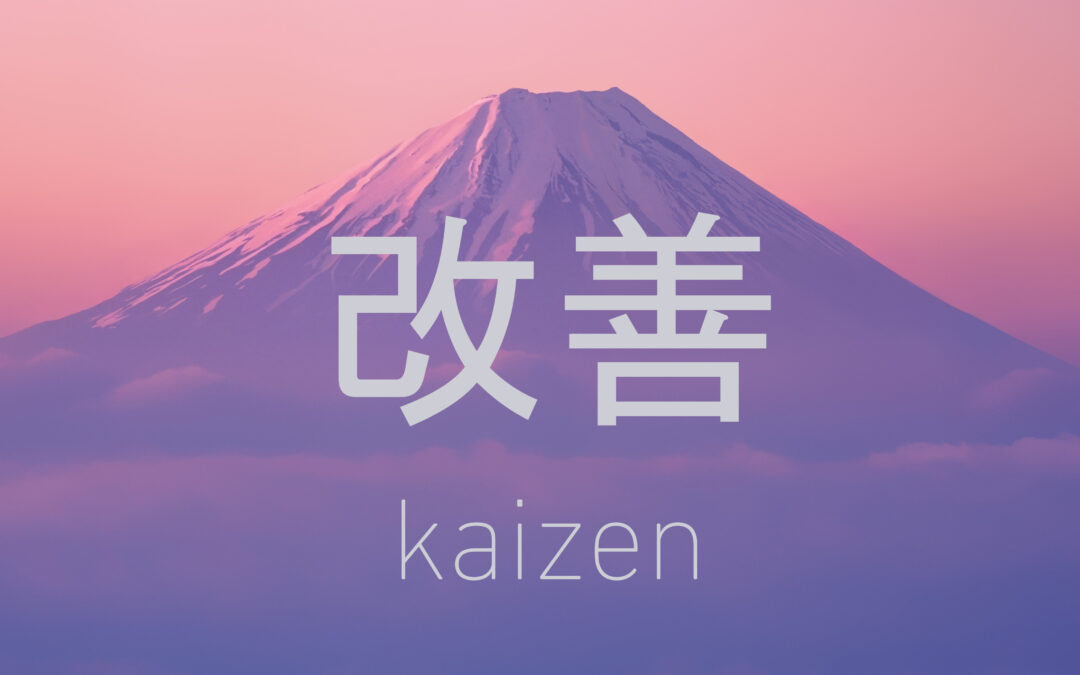 When talking about lean management and kaizen, everyone immediately thinks about Japan. The reason why kaizen is so deeply rooted in Japanese culture goes all the way back to the time after the Second World War. In 1947, the American statistician Edward Deming went to Japan to help in optimizing their production systems. Deming’s philosophy was to give attention to quality during every step of production. This quality was to be achieved by statistical process control. Previously, “Made in Japan” was synonymous with cheaply produced goods of low quality, but thanks to the philosophies of kaizen, Japanese manufacturing came to represent for the highest standards possible.

Deming is famous for his PDCA “(plan, do, check and act) – cycle”. Simply put, it means if a deviation is in production is noticed, it should be stopped and a solution to the problem found before continuing. Deming trained hundreds of Japanese engineers and managers in his kaizen approach[1]. 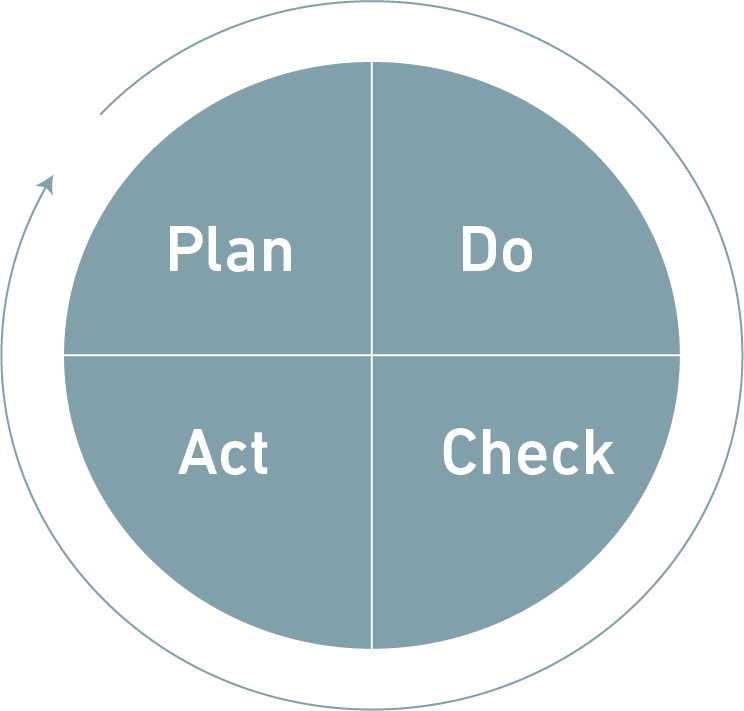 In 1948, the famous Toyota Production System (TPS) was introduced. The TPS system was initially based on two concepts “jidoka (自動化) and “Just-in-Time”. Jidoka can be translated as “automation with a human touch” and it initially meant that the production equipment should stop by itself when a problem occurred, much like Demings philosophy. “Just-in-Time” (JIT) aims to eliminate any waste (muda) in the production process such as waiting time or over-production. Since then, many other people have added things to the TPS philosophy and today many lean concepts have non-Japanese origins. Mutual for all methodologies of kaizen is a search for optimization and simple ways to create awareness about issues.

Being a Japanese company, MTEE implemented JIT in the production area right from its beginnings. This, among other things, involves a one directional flow through the production system: all parts enter from one direction and all finished products leave the production system from the opposite direction. Furthermore, assembly lines only operate when there are orders. The lines will not run all day. Logistics is also a great part of this, where it is essential to have parts exactly on time, without building up too much inventory, and preventing any line stops due to delays of parts or people[2].

Various kaizen methodologies are used on many levels and for different purposes at MTEE. The first area into which kaizen was implemented was in production. All operators are trained in kaizen and encouraged to come up with ideas for improvement. Every year, between 150-300 ideas come in. Each idea is evaluated by the kaizen team and will be implemented immediately or at a later date depending on the scale of the changes. The more complex ideas or issues are discussed in a multidisciplinary team, which can take between one and three days depending on the nature of the matter.

Examples of smaller scale implementations include constructing a customized table for the placement of caps and plugs, easing the whole process and reducing the movements that the operator has to make when adding these to the final turbochargers. All in all, these small improvements not only increase safety, which is the number one priority, but also increase the effectiveness of how things are done.

5S stands for: Sort, set in order, Shine – (keep things clean), Standardize work methods and Sustain things properly. Creating a logical order in the work space is one aspect of the 5S methodology, which focuses on cleanliness and order.

At MTEE, a 5S team has a daily routine of inspection in which they check the production lines. They will check on the status of the line across different categories on the status of the line and ask standard questions. Afterwards they will make a 5S report in which the necessary corrective actions, if needed, are outlined. When corrections required, the 5S team will check again after two weeks to ensure these improvements have been carried out. Furthermore, the 5S team focuses on putting markings on floors and working stations so operators know exactly where everything down to the smallest detail should be placed.

The Six Sigma methodology is also used at MTEE. Invented in the 90s and adopted by many companies worldwide, Six Sigma is a tool designed to improve customer satisfaction in an organization. The foundation of Six Sigma is in identifying the root causes of potential issues before they begin, instead of solving issues afterwards. This involves statistical data analysis and the constant monitoring of performance.  Part of (LEAN)/Six Sigma includes tools such as “value stream mapping”, “the 5 whys” and “the Ishikawa diagram”. In value stream mapping you ask whether a process leads to value for the customer. If not, it should be seen as waste and be removed.  At MTEE, this tool was used, in conjunction with all colleagues involved, to make an analysis of our urgent shipments. By reducing steps in the process that did not add value, we reduced transportation times and in doing so improved customer satisfaction.

Another example of a Six Sigma in practice is “Design for Six Sigma”. This involves making turbo designers more aware of manufacturing feasibility.  Among other things, this has led to a reduction in the amount of types of V-couplings used. The fewer types present in the assembly, the less risk there is for errors.  Part of designing for Six Sigma is also the Poka-yoke approach.

-“Poka-yoke”- means “mistake prevention” and the philosophy behind it is to make sure that a process can only be done correctly. For turbochargers, the first step of Poka-yoke is to design the product in a way that it can only be assembled correctly. If that is not possible, Poka-yoke will be implemented in the production equipment instead. Examples of Poka-yoke at MTEE include when the cartridge in the compressor cover is assembled. This has been designed in a way that it only fits one way – the correct way. If an attempt is made to fit it any other way, the groove will be blocked and the snap ring cannot be assembled. A similar approach is used when assembling the V-clamp. If it’s not applied correctly, the bolt will not stick out and it cannot be fastened. Examples of Poka-yoke in the production equipment include designs that ensure the turbocharger component can only be inserted in one way.

At MTEE, around 100 people are trained in Six Sigma and around 5 people have achieved the black belt. This means they can be Six Sigma project leaders, and can train new colleagues. -The implementation of kaizen in the production area has been a great success. The next step is to also implement it in the rest of the company, including office spaces. And while kaizen is already embedded in some departments, it should not be forgotten that kaizen is not a destination, it is a never-ending journey of improvement.