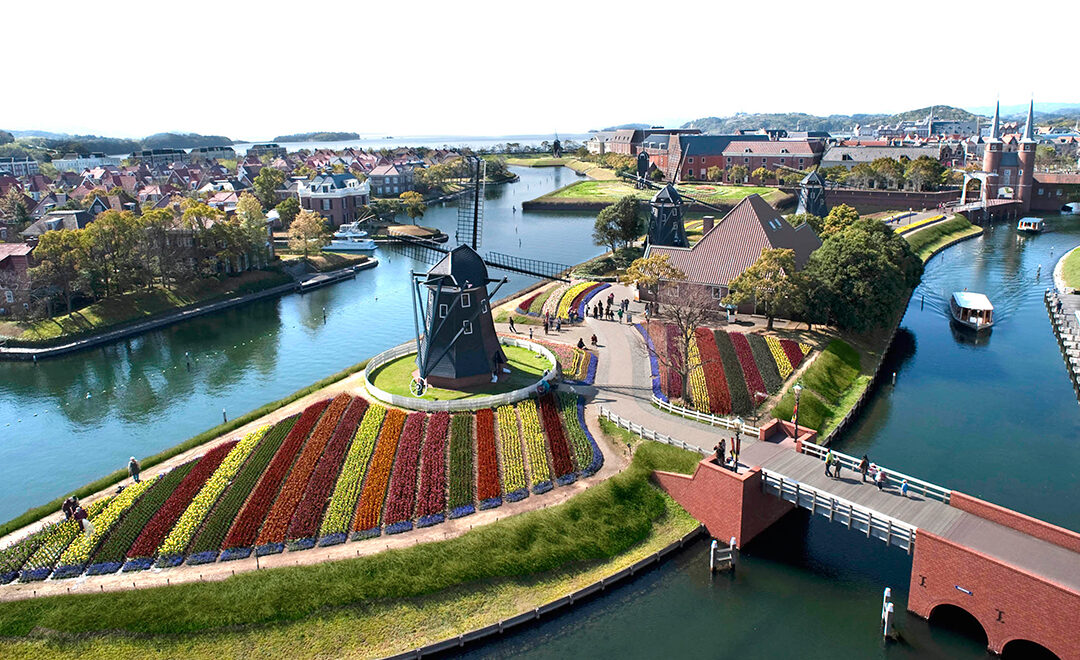 Imagine you could tour all the famous places in the Netherlands in one place. In Japan, you can. In the city of Sasebo close by Nagasaki, the theme park “Huis ten Bosch” is built around the Netherlands as a theme. Only the surrounding mountains will assure you that you are still in Japan. Just like a large part of the Netherlands, the Japanese theme park has been built on reclaimed land from the sea[1].

Here you can walk among canals, cheese shops and windmills while also admiring full copies of famous Dutch buildings. An old rumor goes that Tokyo station was also inspired by the Central station in Amsterdam when built in 1914.

You can also climb up the huge Dom tower from Utrecht or take a look at the Royal palace from The Hague. The name “Huis ten Bosch” is actually the name of one of the palaces of the Royal Dutch family in The Hague. In Dutch, it means “the house in the forest”.

And the park is certainly green. It is bursting with flowers of all kinds and is especially famous for its tulip festival every year in early spring. Aside from the Dutch attractions, the park contains several other opportunities for entertainment such as horror houses, roller coasters and theater[2]. 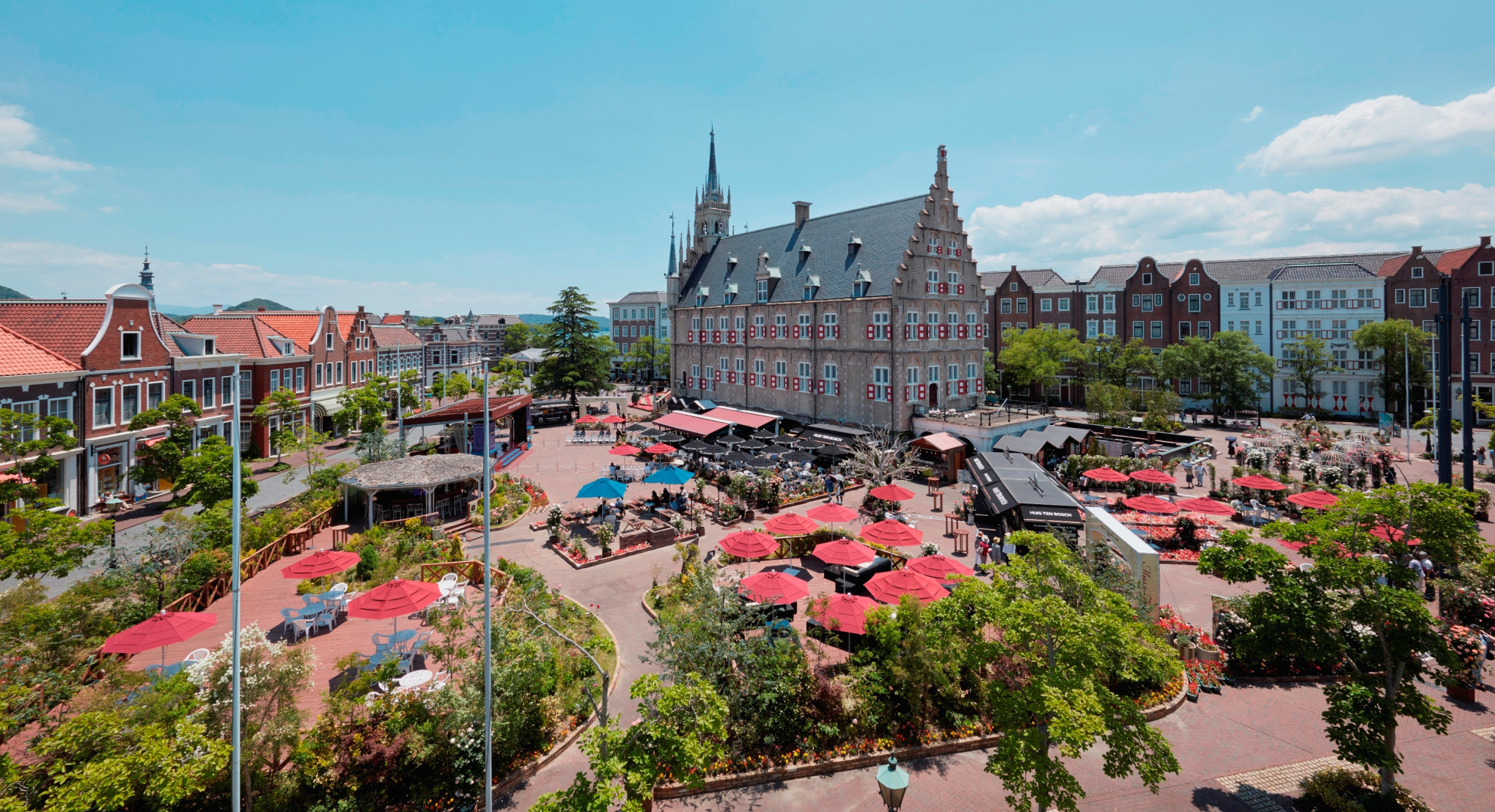 It is no coincidence that the park is located in Nagasaki. The strong relations between Japan and the Netherlands were initiated here when the two countries started trading together back in the 17th Century. During this time, The Netherlands was the only country allowed to trade with the Japanese, besides from China. In 1609, a Dutch trading post was setup in Hirado, close to Sasebo and Huis ten Bosch. However, in 1640 the Dutch took over the trading post on Dejima Island from the Portuguese, which was located in Nagasaki harbor[3].

Due to the former recession in Japan, Huis ten Bosch had one bleak period in 2003 when the park had to close down. However, in 2010, the Japanese travel agency H.I.S brought the park back to life with a new investment. In 2015, a fun addition was made to the park. The “henna” hotel, which means strange in Japanese, was opened. The strange thing about this hotel is that it is run by robots. The receptionist staff count a dinosaur robot and a female humanoid. There is also a Henna café at the exit of the park, where robots serve drinks while talking and dancing[4]. 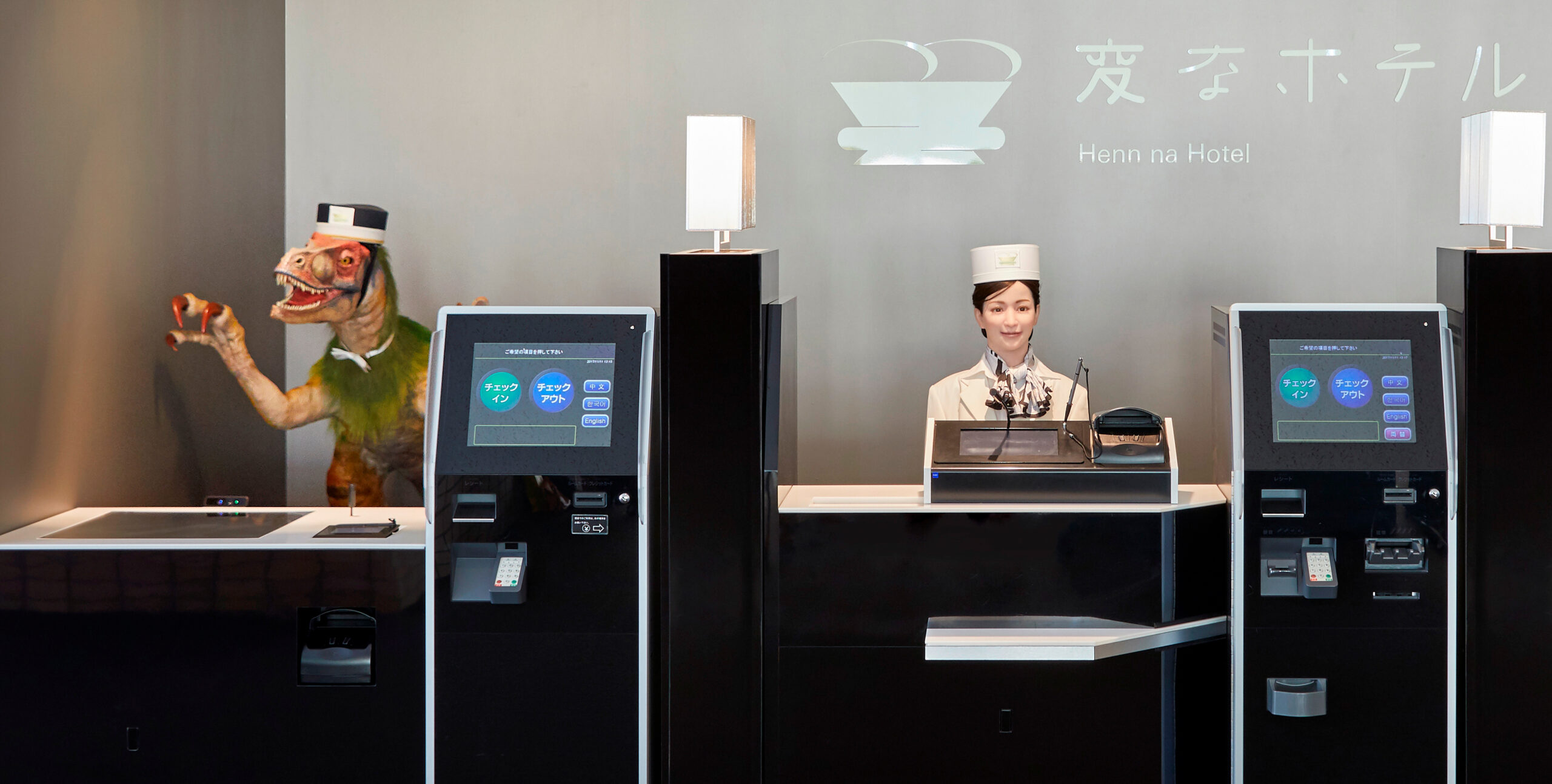 So why this fascination with The Netherlands? Besides from the traces in Japan, such as Dutch looking houses in Nagasaki and Japanese words originating from Dutch, Japan is also the country in the world where the Dutch rabbit character “Miffy” (Nijntje in Dutch) is most popular. More than 50 million children books with Miffy have been sold in Japan and the little bunny can be found everywhere in the country[5]. Naturally also in Huis ten Bosch where there is a Miffy café and one of the largest Miffy shops in the world. 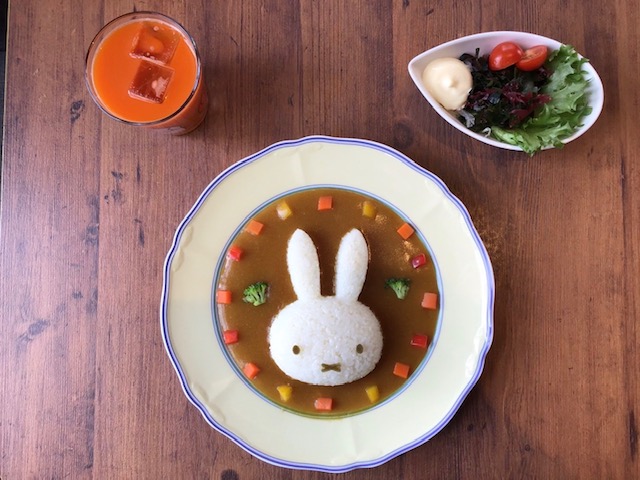 However, the fascination certainly goes both ways. Japan is more popular than ever in the Netherlands. Here you will also find several festivals built around the theme of Japanese food, art and pop culture. Who knows? Maybe there will be a Japanese theme park one day in the future.