Home – Blog – A history of turbocharging

A history of turbocharging 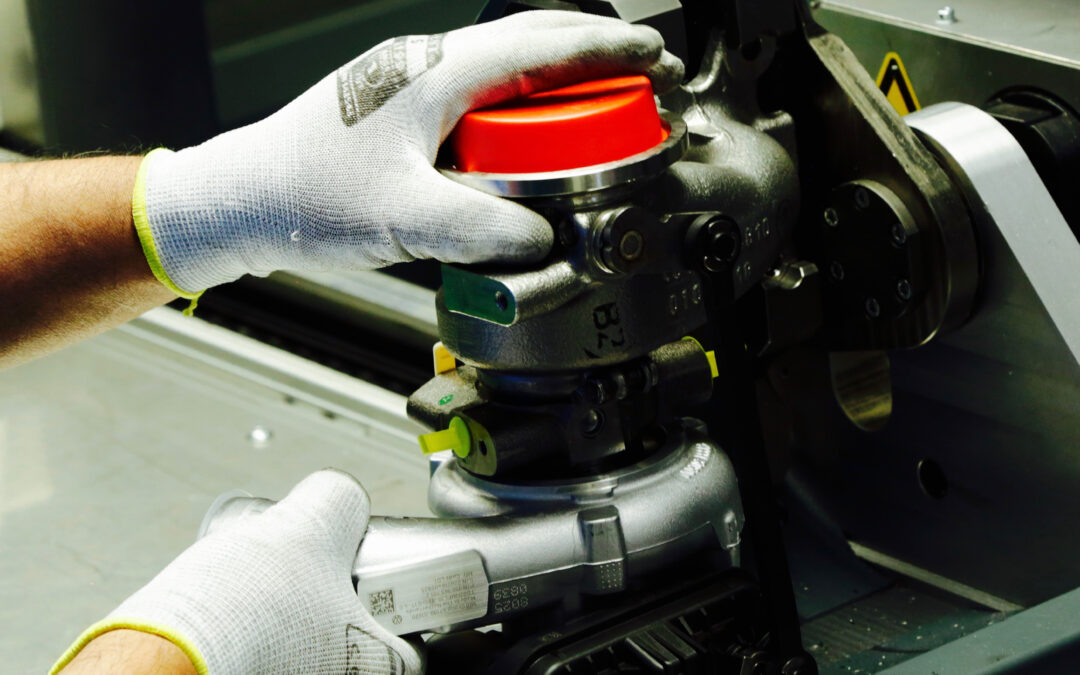 Although the automotive industry did not become hooked on turbocharging until a few decades ago, the concept has an extensive history. In 1905, Swiss born Dr. Alfred Büchi received the first patent on a turbocharger for a marine engine. However, the concept of turbocharging goes back to the end of the 19th century when both Gottlieb Daimler and Rudolf Diesel were doing research into forced induction. The first turbochargers were not applied to marine or automotive: they were applied to airplanes.

A flying start
Around 1918, The GE engineer, Sanford Alexander Moss, applied a turbocharger to a V12 Liberty airplane and subsequently turbocharging was applied to many American airplanes[1]. The first turbocharger from Mitsubishi, however, was not applied to an airplane, but to a ship engine.

The first turbochargers were nothing like the advanced technology we know today. Among other things, a lack of proper metal and bearing technology held back their advancement, and this is something that is still being perfected to this day. The materials used were unable to withstand the high temperatures in the engines. As materials improved, they were gradually applied to smaller engines. In the 1960s, Mitsubishi Heavy Industries started applying turbochargers to its large diesel engines. By the 70s, turbochargers were standard on large diesel ships. However, applying turbocharging to cars was a greater challenge.

Automotive turbochargers
The first automotives to have turbochargers were trucks with the first prototypes being made around 1938. The first turbocharged passenger cars did not appear until the 60s, and even then they were still very unreliable. In the 70s, turbocharging became very popular for Formula 1 racing, and even today this is still the image that many people have about turbochargers.

However, the oil crisis in the 70s also brought on a new awareness of fuel reduction. “Downsizing” by the means of turbocharging provided a great opportunity for cleaner engines, without losing power.

The first successful application to a passenger car was the Mercedes Benz 300DS, which came on the market in 1978. With its achievements of low emissions and better efficiency, this became the first step in winning over the world to the advantages of turbocharging[2].

In 1980, MHI started the production of turbochargers at Sagamihara in Japan. However, it quickly became apparent that Europe was going to be the frontrunner for turbochargers, so MHI decided to move a great deal of its European development and production to that market. In 1991, MTEE produced its first turbocharger in Almere in the Netherlands, and the first projects were carried out for BMW and Volvo.

Milestones
A lot of new breakthrough technologies followed in the years after. In 1992, MHI was the first supplier to apply an integrated bypass valve. And in 1994, MHI developed turbochargers that could withstand much higher temperatures by making austenitic stainless turbine housing. However, an even more important technology was introduced three years later with the invention of the twin scroll turbine housing. By keeping the exhaust gas from each cylinder separated, the twin scroll could utilize the energy from the exhaust gas much more efficiently. This was a great step towards further reducing turbo lag.

In 1999, MHI became the first supplier of a TiAl (titanium aluminum) turbine wheel. TiAl has a lower density compared to conventional turbine wheel material, which makes the wheel spin much easier. In 2001, MHI supplied the first austenitic stainless integrated manifold, which improved the flow and packaging significantly. And in 2005, MHI supplied the first magnesium compressor wheel, which was a lot lighter than the conventional material.

Another great step forward for turbochargers was the introduction of the VG (variable geometry) turbo. The first passenger car fitted with a VG turbo – the Japanese Honda Legend – came on the market in 1988[3]. At the time this technology was still limited and it took some years before it would catch on. The VG turbo had clear advantages in that it was able to act like both a small and large turbocharger due to the rotating vane system in the turbine inlet. Because of this, the VG turbo could make a narrow throat area when taking off, thus reducing turbo lag and at the same time offering a high flow capacity at maximum power operation. MHI began developing VG turbochargers in 1984 for truck applications and started mass production in 1994. MHI’s VG turbochargers for passenger cars were launched in 2001, and this new technology quickly spread to the European market.

Applying two turbochargers to an engine has been a popular trend for maximizing power while reducing turbo lag. Maserati was the first to use this setup already in 1981 and Bugatti even used a set-up with four sequential turbochargers on a W16 engine. The two-stage concept is usually set-up so that the smaller turbocharger is used for lower engine speeds and the larger one is used for higher engine speeds (whereas the bi-turbo concept is usually two identically sized turbochargers). MHI supplied the BMW N54 engine back in 2006 with a sequential turbo set-up, which was referred to as “TwinPower Turbo”. This engine became very successful and won several awards.

The future of turbocharging
The history of the turbocharger is far from over. The high demands for emission reduction and electrification paves the way for new technologies. The next chapter in the history of turbocharging will entail various types of electric boosting in 48V hybrids, a growing market in VG for gasoline vehicles, lighter and more heat-resistant materials and components, among many other new features. Furthermore, while the European market is close to being mature, there will be a massive growth in turbocharger demand in other parts of the world where emission legislation is catching up fast. MTEE is proud to be part of this history and we look forward to seeing what the future will bring.

👈 Want to read more about turbochargers? 👉
The future looks VG
How do you optimize the fuel...
Already think you are an expert? Try our quiz!